Your donation lays the foundation for a better and dignified life for families in the poorest parts of rural India. Your smallest contribution can bring water, increase incomes, improve livelihoods in the remotest villages.

To support our ongoing work, you can donate to the following: It was 2017 when I was selected in the ASA’s shallow bore well scheme through our Self Help Group. I got an assistance of Rs 30000/ for drilling a shallow bore well, purchasing a submersible pump, electric connection. I spent about INR 15000/ from our savings. This has changed our lives. In our two acres of plot we grow paddy, vegetables, pulses, wheat and have planted few fruit plants as well. We earn nearly one lakh rupees from our farm which was only a dream before. My children are now going to school regularly. I am really very happy!! 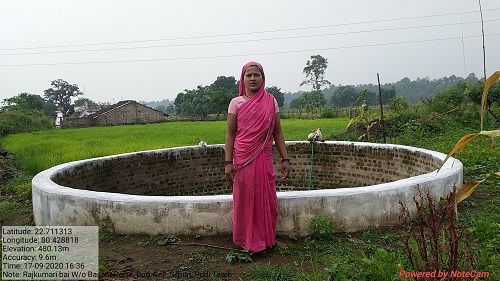 In 2018 I availed financial assistance of INR 40000/ for digging of dugwell, binding and construction of parapet wall. The improvement of irrigation after the construction of dug well has enabled me year long cultivation providing me with a steady income. It has also opened an avenue for paddy seed production raising my income from INR 25000/ to INR 75000/ in the very first year itself. I am also able to grow wheat in the winter season. My children are enjoying the farm fresh vegetables in their daily meals nowadays. The construction of farm pond in my land with an assistance of INR 15000/ has increased my income from INR 25000 to INR 70000/per year including about INR 36000/ through the sale of fish from the farm pond. This is a great help for my family to have a stable income 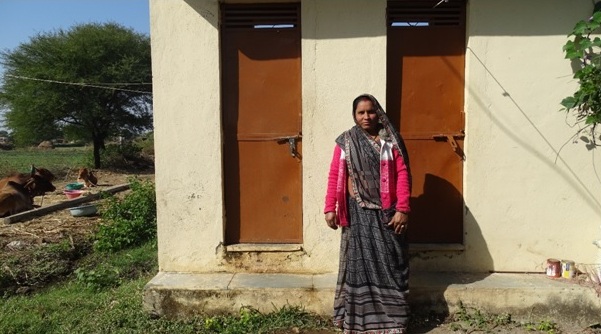 With the support of 15,000 INR from ASADS, Galli Bai constructed a proper sanitation unit at her house. With the construction within the household premises, now all the family members do not have to travel to nearby stream early in the morning or late at night to alight themselves or even for bathing. “After the help from ASADS, we don’t have to worry about privacy, timing, and safety. Now we don’t have to travel to nearby streams early or late, thus, saving our time and dignity. We thank ASADS for their kind help” says Galli Bai with a smiling face. They have a family of 6 members with only one person as the earning member of the family. The poor financial condition deprived them of proper sanitation and water drinking facility. Poor sanitation used to increase the health risks of her family members, especially her 2-year-old child. This had a significant financial cost from poor sanitation-related sickness. The out of pocket payments and travel costs for healthcare, income loss associated with sickness, and lost productivity were major problems that Angurbala can be heard recalling. “Now, my family members are much healthier than before. Earlier they used to fall ill frequently, especially my child. A large sum of money had to be spent on healthcare-related expenses. Now, with the lesser frequency we could pool in savings for the future use” says Angur standing near the sanitation unit that they have constructed with the help from ASADS . Poor access to sanitation services can expose vulnerable groups – particularly women and girls – to sexual, psychological, and physical violence, along with insect and animal attacks. This was the major concern of Gangabai for her daughters, a resident of village Meghlakali of Ratlam district in the state of Madhya Pradesh. With the help of ASADS, Gangabai constructed a sanitation unit near her house. Now, they don’t have to go far away. “Earlier, we had the fear of insects and wild animals. We even had to fear for our dignity and prestige. But, after the construction of the sanitation near the house, we don’t have the fear anymore.” says Gangabai with a confident attitude . 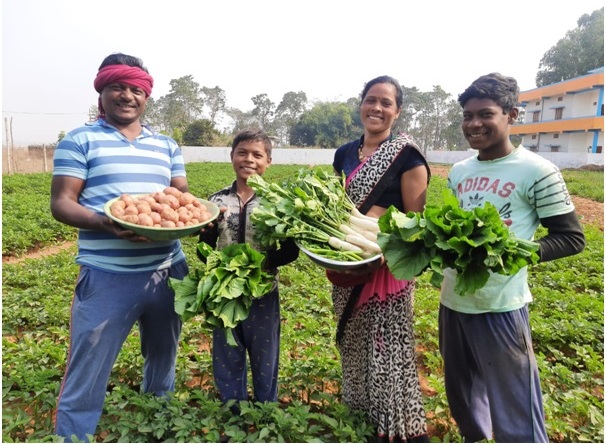 Her family of 6 members ekes out a living by farming on their 1 and a half acres of land. Most of the farmlands in this region are largely rain-fed and unprecedented rainfall hinders agriculture activity. “With increasing competition in the education, paying school fee for my two children studying in class 8th and 11th at a private school, was a difficult task” recalls Saraswati. With help from ASA in the form of a shallow borewell, her income from farm activities has increased a lot due to the irrigation facility. In the Kharif of 2020, the availability of water helps her in taking up vegetable farming. “I could manage to earn 3 to 4 thousand weekly for farming. The nationwide lockdown would have pushed us to think twice about educating our children in a private school, but, thanks to ASA for helping. This has helped improve our lives” smiles Saraswati. .